Fantasy football, the best strikers in the Bundesliga

In view of the start of the new 2021-22 season of Euroleagues Fantasy Football, we will help you find the best possible players in the role of striker. The list is really interesting and the fun has just begun.

Lewandowski (PC): The Polish forward of Bayern Munich is probably the best in his role, who finished second at the 2021 Ballon d’Or behind only Leo Messi. A source of excellence, 41 goals in the last season of the Bundesliga that allowed him to exceed the ten-year record of the historian Gerd Muller. The player also takes the penalties of the team and travels with a fantasy average of 9.35: need to add more?

Haaland (PC): The Norwegian giant of Borussia Dortmund is ready to realize all the offensive quality of the Gialloneri fantasisti, supported by Reus and Malen. A player who does not need any presentation, especially given the 42 goals in 44 appearances in the German tournament at only twenty-one years of age. Together with Lewandowski, Haaland’s name is the most important name of the entire list: aim at it without ifs and buts.

Andrè Silva (PC): Leipzig’s Portuguese striker was the second-best scorer of the past season with 28 goals overall, behind only Lewandowski. After a great year with Eintracht Frankfurt, where he seems to have reached an important technical maturity, with Leipzig is ready to make the last quality leap. He will play as a central forward and absolute pivot of the team, being also the rigorista of the team: many bonuses foreseen for him, behind for quality only to the two “aliens” of Bayern Munich and Borussia Dortmund.

Weghorst (PC): The Dutch striker of Wolfsburg is that unpredictable solution for every fantasy manager. A physically dominant player, able to fare reparto practically alone and able to score in any way: head, area, out of area, right, left and especially on penalty. A very interesting striker able to score 25 goals in the last season of the Bundes: a really recommended deal, especially given the European ambitions of the Wolves.

READ  Inter, L'Equipè: "The PSG will not be crazy for Skriniar"

The best Strikers in La Liga

Suarez (PC): The Uruguayan striker of Atletico Madrid does not need any introduction for all football lovers. A real goal machine, reborn last year with 21 goals in La Liga after the difficult farewell to Barcelona. A real area raptor, cynical, quick and above all decisive: El Pistolero must be yours, especially considering the many opportunities for goals that can happen in a league like the Spanish one.

Benzema (PC): The French center forward of Real Madrid represents the real reincarnation of the word “goal”. Sense of position, uomo squadra, inhaler, gunner, a player able to turn into the net any ball that comes in front of him: clean or dirty as it is, with Benzema the ball always ends up in the net. An attacker to take absolutely without thinking twice.

Vinicius Junior (A): The young striker of the Real can be really an extra card for every fantasy coach. At just 21 years old, this season he has already exceeded his score of the last season after 35 games: 9 goals in only 14 played, crazy numbers. Launched in recent years by Zidane, now with Ancelotti could definitely “consecrate” himself in the Olympus of football. A player to bet on absolutely.

Oyarzabal (A): The Spanish striker of Real Sociedad is the most talented player of the Basques and in recent years has booked an important space in the National Team led by Luis Enrique. A player capable of scoring and scoring, especially designated as the team’s rigorista: bonus in view?

Depay (A): Barcelona’s striker is certainly a very interesting deal for this season of Fantasy Football Euroleagues. A player able to score 20 goals in the last season of Ligue 1, and to score already 8 in the first 14 of Liga. The Dutch really seems the extra weapon of the Blaugrana, especially now with the new era of t Xavi: area robber and very technical, Depay can really give many joys to their managers.

The best strikers of Ligue 1

Messi (A): Describing the seven-time Golden Ball in a nutshell would be reductive and misleading: his history, records and trophies speak by themselves. It was difficult in the summer to see him wearing a jersey different from that one of Barcelona, but such a player will give joy and satisfaction to PSG. In this first phase of the season he found only one goal in six games of Ligue 1, but a period of setting needs to everyone, even the “aliens”. La Pulce cannot be left there.

Mbappè (PC): The second of the three offensive stars of Paris Saint-Germain. The French player is about to become one of the strongest in history and the work alongside Messi and Neymar will only help him in his consecration. Already 7 goals in the first 14 matches played: the future is all on his side. While waiting to resolve the difficult issue with the Parisians, Kylian is that striker who must never be missing in a fantasy football formation. In mantra mode it is considered as Center Forward, an extra opportunity if you had not managed to grab people like Lewandowski or Haaland.

Neymar (A): The third compressor of the saddened attack of PSG. The Brazilian phenomenon will have to stay for several weeks because of the bad injury suffered against Saint-Etienne, but on his return he will surely want to “destroy” anything that comes before him, especially in view of the World Cup in Qatar. 3 goals in the first 9 games played, but with a great desire to show off and return stronger than before. He could be a great solution in view of the winter transfer market window.

Payet (A/T): Despite 34 years of age, the striker of Marseille is a real and pleasant surprise for all football lovers in every season. Technique combined with talent, goals and assists in the service of his teammates. 6 goals in the first 11 games played, one goal every 156 minutes: to be taken absolutely.

David (PC): Lille’s 2001 Canadian striker is proving to be the true revelation of Ligue 1. Ten goals in fifteen games, one goal every 107 minutes and more and more bomber of the league. A center forward of weight, fast and skilled in finding the way to the goal: why not?

Best Strikers in the Premier League

Cristiano Ronaldo (PC): The Portuguese ace has returned to his home, in that Manchester United that several years ago started him in the world of football. At the moment only 4 goals and 2 assists in the first 10 games played by CR7, but a great desire for revenge and to write once again a piece of history. Not an easy moment for the Red Evils, who only with the help of Christian can return to aspire to something great. The former Juventus cannot be ignored at auction!

Sterling (A): Manchester City’s British striker has been the Citizens’ weapon for years. Starting a little quiet this year, the player is ready to back the squad led by Pep Guardiola and chase a new Premier title. In Mantra mode its role as an Attacker is worth gold: to take absolutely.

Salah (A): The Liverpool player doesn’t need any introduction. The Egyptian is the real deadliest weapon of the Reds and his purchase is highly recommended. Eleven goals in thirteen games, an average of one goal every 106 minutes and the team’s rigorista: a real war machine, the true winning player of Jurgen Klopp and any fantasy manager.

Vardy (PC): Nine seasons with the Foxes, over 120 goals in the Premier League: Jamie Vardy is the true emblem of Leicester City. Nine goals in the first thirteen games played, one every 124 minutes, behind only Momo Salah in the scorer standings. The English forward, the rigorista of the team, must be yours at all costs: he will not disappoint you.

Lukaku (PC): After his farewell in the summer with Inter, the Belgian striker returned to Chelsea: immediately three goals in the first matches of the season, then some physical problems too. However, it remains one of the top of our list and as soon as it is back in shape, will give difficulties to the defenders of Premier League, no one excluded. 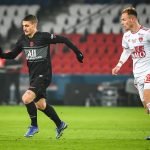 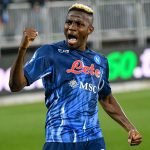 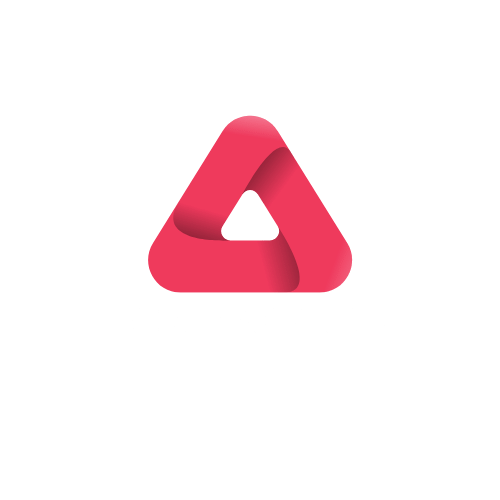